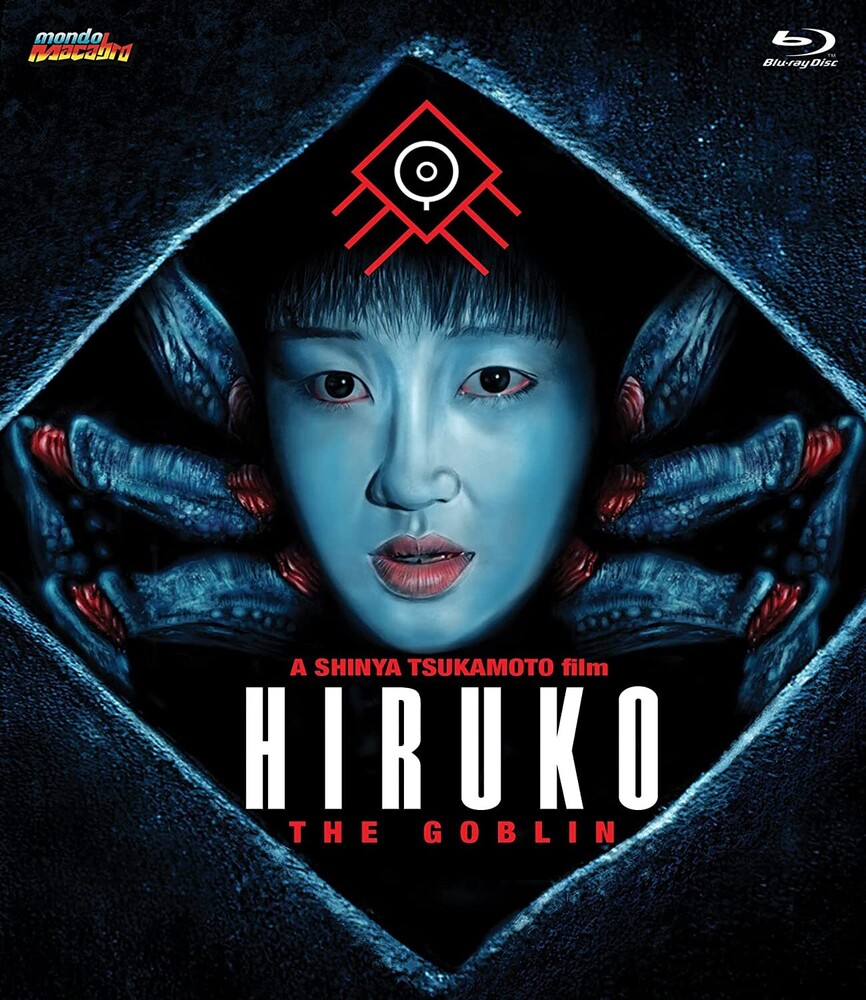 Hieda (played by Kenji Sawada) is an eccentric archaeologist, disgraced among his peers for his theories on the supernatural. One day he receives a letter from his brother-in-law, Yabe, telling him of an ancient burial mound he has discovered in the grounds of the local high school, a discovery that might help prove Hieda's theories to be true. When Hieda arrives at the school, which is now closed for summer vacation, he discovers that Yabe has gone missing, along with one of the school's female pupils. Teaming up with Yabe's son, Masao, Hieda searches for the ancient tomb, convinced that it might be the burial place of Hiruko, a fearsome demon from ancient legends. This was director Tsukamoto's second feature film, after the surprise success of TETSUO: THE IRON MAN. Based on a Japanese manga series, HIRUKO THE GOBLIN is an astonishing melding of Lovecraftian cosmic terror, cyberpunk splatter and Spielberg-style adventure. With brain busting special effects and an amazing array of hideous demon creatures, the film is a roller coaster ride into a unique world of terror and beauty from one of the world's greatest filmmakers
PRICES ON PIRANHARECORDS.NET DO NOT REFLECT THE PRICES IN OUR RETAIL STORE LOCATION. "IN STOCK" ON PIRANHARECORDS.NET DOES NOT REFLECT 'IN STOCK' AT OUR RETAIL LOCATION, HOWEVER IT MEANS WE HAVE QUICK ORDER FULFILLMENT (GENERALLY 2-3 BUSINESS DAYS).
This website uses cookies to personalize content and analyse traffic in order to offer you a better experience.
I accept Learn More
back to top