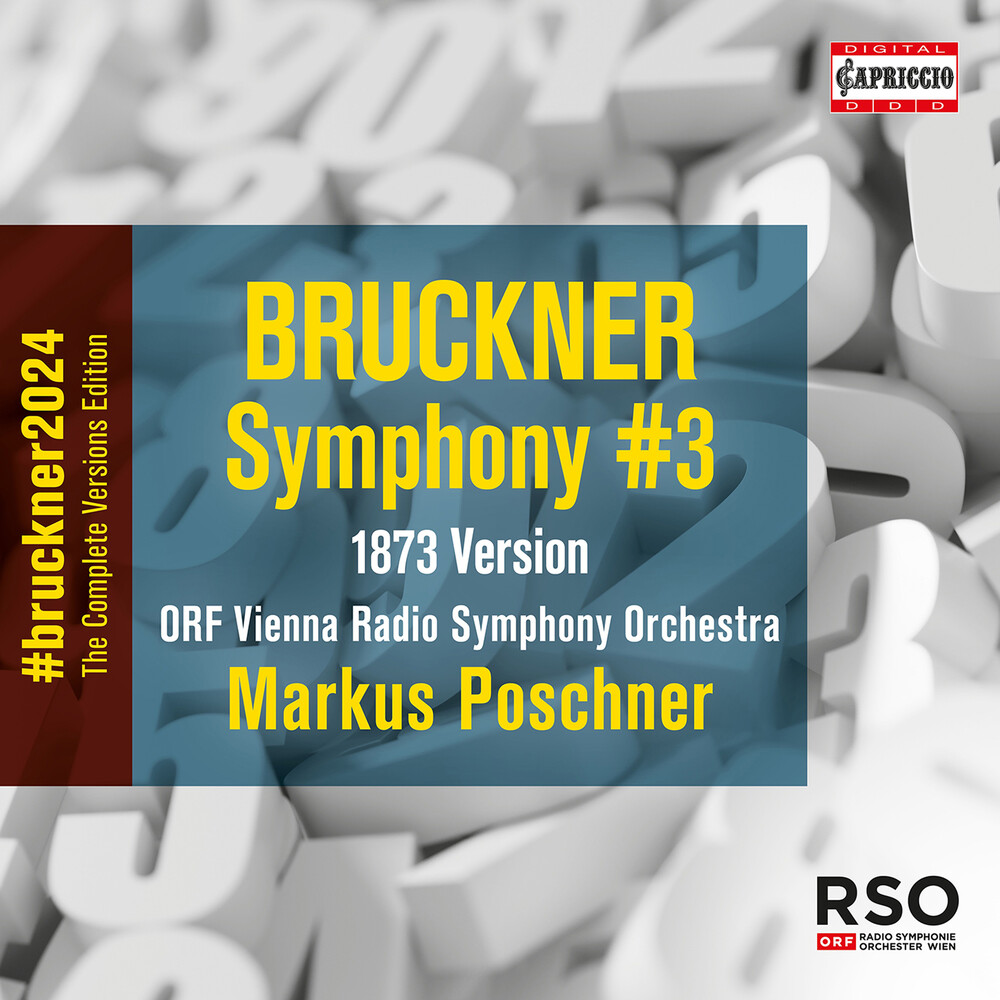 Bruckner revised his Third Symphony more than any other: There are three manuscript versions, two published versions from within his lifetime, a separate manuscript of the Adagio, and surviving revision fragments from 1874, 1875, and 1876. In it's first version (here recorded), it is Bruckner's longest and most overtly Wagnerian symphony. When Brucknerian extraordinaire Robert Simpson got to study Nowak's edition of this version in 1977, he threw his hitherto held opinions overboard and declared it an "achievement... progressively maimed in successive versions." As part of this completist cycle, Markus Poschner will present the work in all states of pruning, but this is the obvious point to start at.
PRICES ON PIRANHARECORDS.NET DO NOT REFLECT THE PRICES IN OUR RETAIL STORE LOCATION. "IN STOCK" ON PIRANHARECORDS.NET DOES NOT REFLECT 'IN STOCK' AT OUR RETAIL LOCATION, HOWEVER IT MEANS WE HAVE QUICK ORDER FULFILLMENT (GENERALLY 2-3 BUSINESS DAYS).
This website uses cookies to personalize content and analyse traffic in order to offer you a better experience.
I accept Learn More
back to top