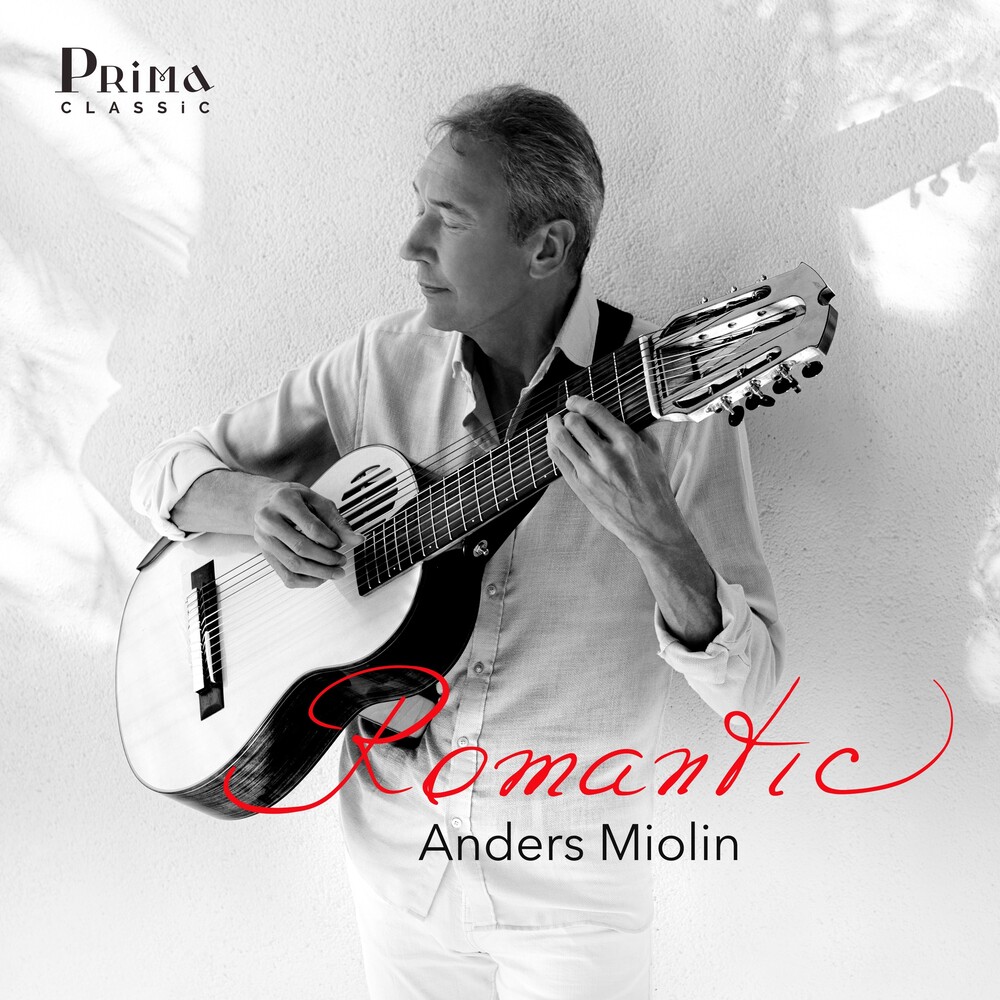 Romantic is a personal selection of pieces from the Romantic period, newly arranged for the 12-String guitar DODEKA (custom built by the Swiss luthier Ermanno Chiavi). It is the second album in a long series of captivating thematic recordings to be released in the coming years with PRIMA CLASSIC.Starting with Beethoven, the pioneer of the Romantic period, going through Chopin and Schubert, and finishing with Coste and Mertzboth of which composed for the guitarAnders takes these eternal pieces written for piano, 6 and 7-string guitars and makes his own arrangements, delivered by the lush and expansive sound of his 12-string guitar DODEKA, the only of it's kind in existence.The radiant era of Romanticism expresses the whole range of human emotions, and by reviving Medievalism, mythology, and folk art, it created a unique bond between music and our emotions. In this collection, Anders takes the listener through an emotional voyage where every nuance of the music is expressed with incredible freshness, immediacy, and humanity."Romantic" is Anders Miolin's second solo album with Prima Classic. The first album, A Timeless Odyssey (PRIMA005), was well received. Anders Miolin has a large following both at the concert hall and online. His YouTube videos have over 800,000 combined views, he has over 1 million plays on Spotify and 44,000 monthly listeners.Anders Miolin was born in Stockholm and studied at the music academies in Copenhagen, Malmö and Basel. He is professor of classical guitar at Zurich University of the Arts, Switzerland, receiving international acclaim as a performer, teacher, recording artist, arranger and composer. He has released eleven albums with internationally renowned labels.
PRICES ON PIRANHARECORDS.NET DO NOT REFLECT THE PRICES IN OUR RETAIL STORE LOCATION. "IN STOCK" ON PIRANHARECORDS.NET DOES NOT REFLECT 'IN STOCK' AT OUR RETAIL LOCATION, HOWEVER IT MEANS WE HAVE QUICK ORDER FULFILLMENT (GENERALLY 2-3 BUSINESS DAYS).