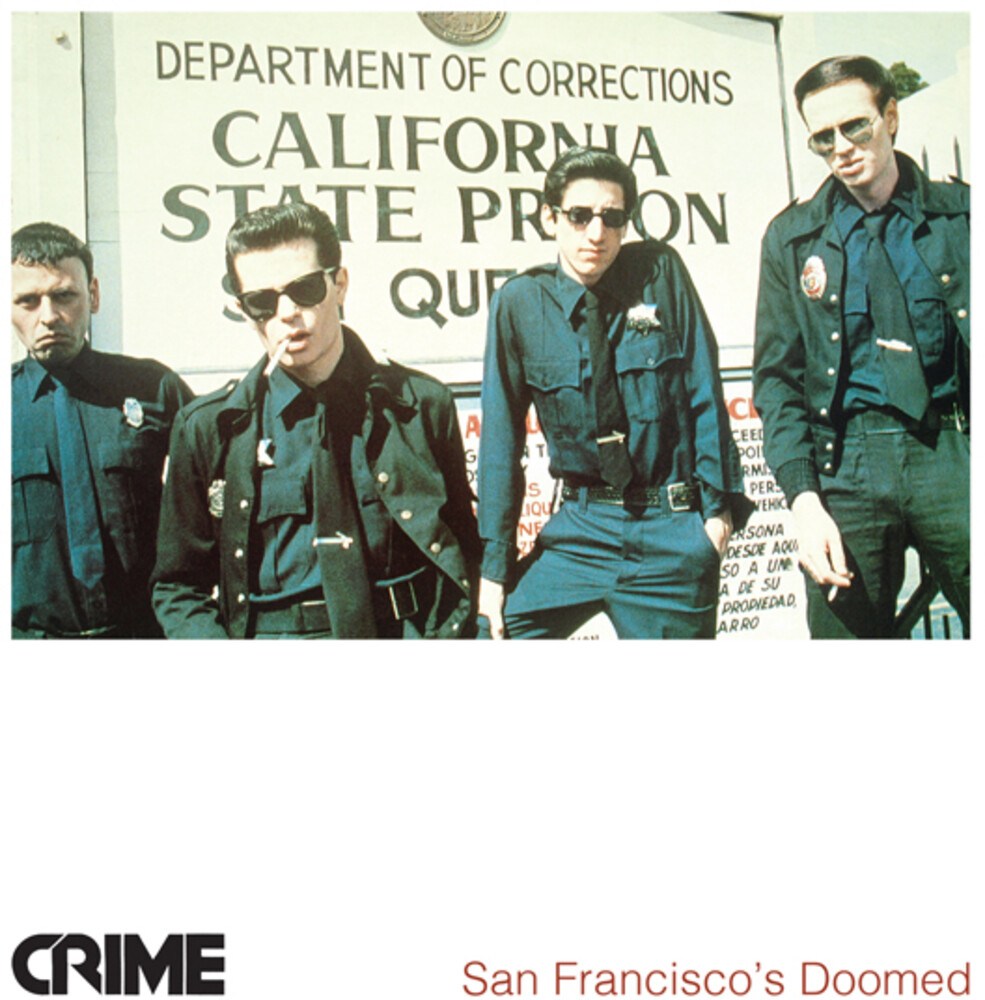 Vinyl LP pressing. The legend of crime looms large among punk aficionados the world over. Formed in the mid-1970s, the band's dual-guitar sound, confrontational image and sleazed methodology still serve as inspiration decades later. With only a handful of singles released during their active lifespan, Crime's legacy grew significantly as archival recordings began to trickle out in the early 1990s. Of all these excavations, San Francisco's Doomed was one of the first and certainly one of the most powerful. Culled from 1978-79 studio demos and rehearsal tapes, San Francisco's Doomed captures the frenzy of Crime's sound in a fittingly loose, devil-may-care framework. Side one is a gloriously unpolished assault of classic, gutter-level punk with vicious live set staples like "Feel The Beat" and "Piss On Your Dog" taking marquee placement over the more well-known singles tracks. Side two finds Crime taking aim at the so-called New Wave, augmenting their attack with ripped odes that bear the direct influence of science fiction and rockabilly on the group. Few recordings from US punk's first wave match the raw intensity heard on San Francisco's Doomed. As Michael Stewart Foley writes in the liner notes, "Unimpressed with the once idealistic counter-culture and all the bands associated with it, Crime declared itself San Francisco's First And Only Rock 'N' Roll Band. Dressed in police uniforms and driving sonic ice picks through listeners' eardrums with the volume cranked past 10, they looked more like a street gang that might take your wallet and slash your face with a switchblade just to watch you bleed. But despite the band's best efforts to stand apart, CRIME could have come from nowhere else, at no other time."
PRICES ON PIRANHARECORDS.NET DO NOT REFLECT THE PRICES IN OUR RETAIL STORE LOCATION. "IN STOCK" ON PIRANHARECORDS.NET DOES NOT REFLECT 'IN STOCK' AT OUR RETAIL LOCATION, HOWEVER IT MEANS WE HAVE QUICK ORDER FULFILLMENT (GENERALLY 2-3 BUSINESS DAYS).
This website uses cookies to personalize content and analyse traffic in order to offer you a better experience.
I accept Learn More
back to top