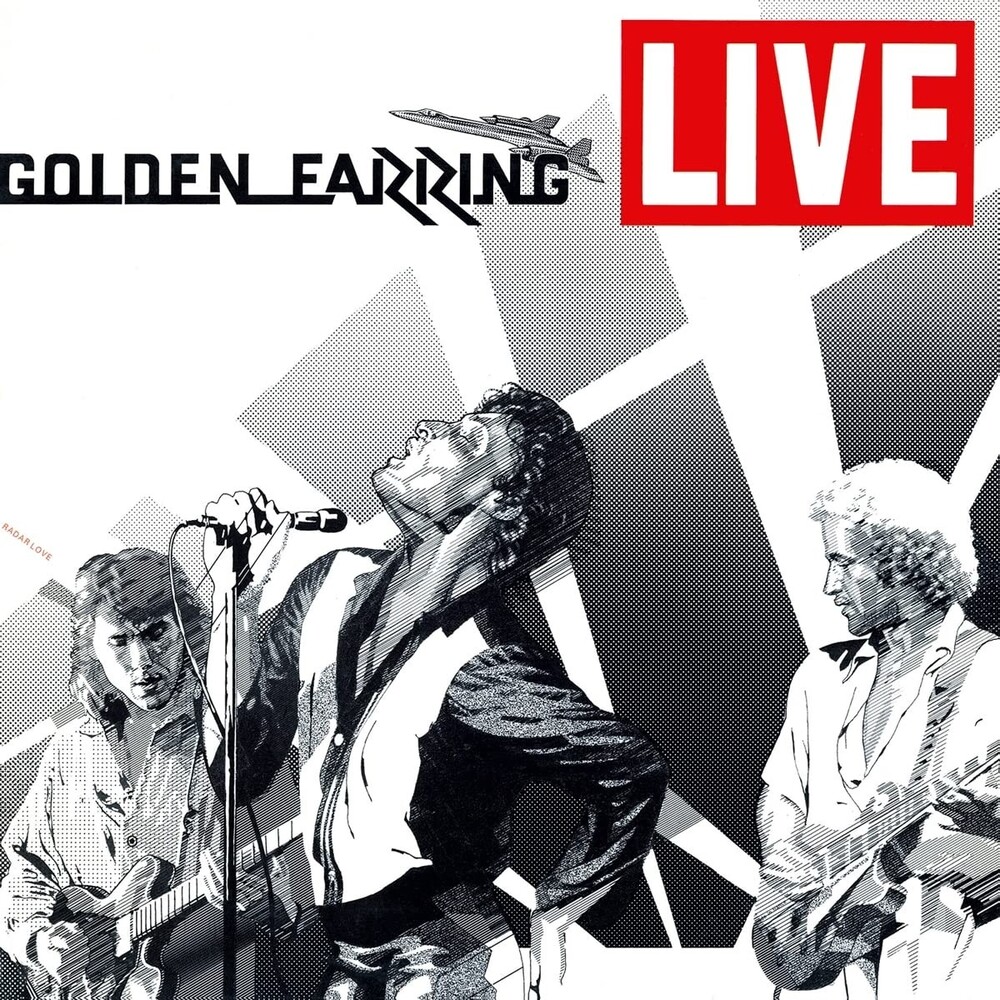 Newly expanded and 45th anniversary edition of the first Golden Earring live album. Remastered from the original IBC Studios master tapes, featuring 5 bonus tracks, including 3 previously unreleased recordings from the concert in Brugge in March 1977. Includes a 30-page booklet with a new essay, memorabilia, and photos. Live is the band's first live (double) album released in 1977. With it's long, spun-out versions of classic Golden Earring songs, this record is vastly different from other live registrations by the band. It's also one of only three albums featuring guitarist Eelco Gelling as a band member, adding a new dimension to the band's sound. Furthermore, this album emphasizes Golden Earring's strong rhythm section on swinging songs like "Mad Love's Comin'" and "Radar Love". Celebrating it's 45th anniversary in 2022, the album is remastered for the first time from the original IBC Studios master tapes. It includes three bonus tracks recorded during the concert in March 1977 in Brugge and the double A-sided single "Radar Love/Just Like Vince Taylor" which was issued to promote the album and features edit versions of the respectable album tracks. In addition, a DVD entitled Golden Earring Live features four tracks filmed at the IJsselhallen in Zwolle on 28th August 1977, which were broadcasted on Dutch television four weeks later. This footage has been restored and remastered from the original 16 mm film reels. The 2LP edition of Live (remastered & expanded) is also coming from Music On Vinyl (UPC 8719262023291). This 2CD+DVD edition of Live is the second volume in a special series of remastered & expanded albums by Golden Earring, overseen by Red Bullet catalog and band archivist Wouter Bessels (the first being Moontan - 8712944663334 released last year).
PRICES ON PIRANHARECORDS.NET DO NOT REFLECT THE PRICES IN OUR RETAIL STORE LOCATION. "IN STOCK" ON PIRANHARECORDS.NET DOES NOT REFLECT 'IN STOCK' AT OUR RETAIL LOCATION, HOWEVER IT MEANS WE HAVE QUICK ORDER FULFILLMENT (GENERALLY 2-3 BUSINESS DAYS).
This website uses cookies to personalize content and analyse traffic in order to offer you a better experience.
I accept Learn More
back to top