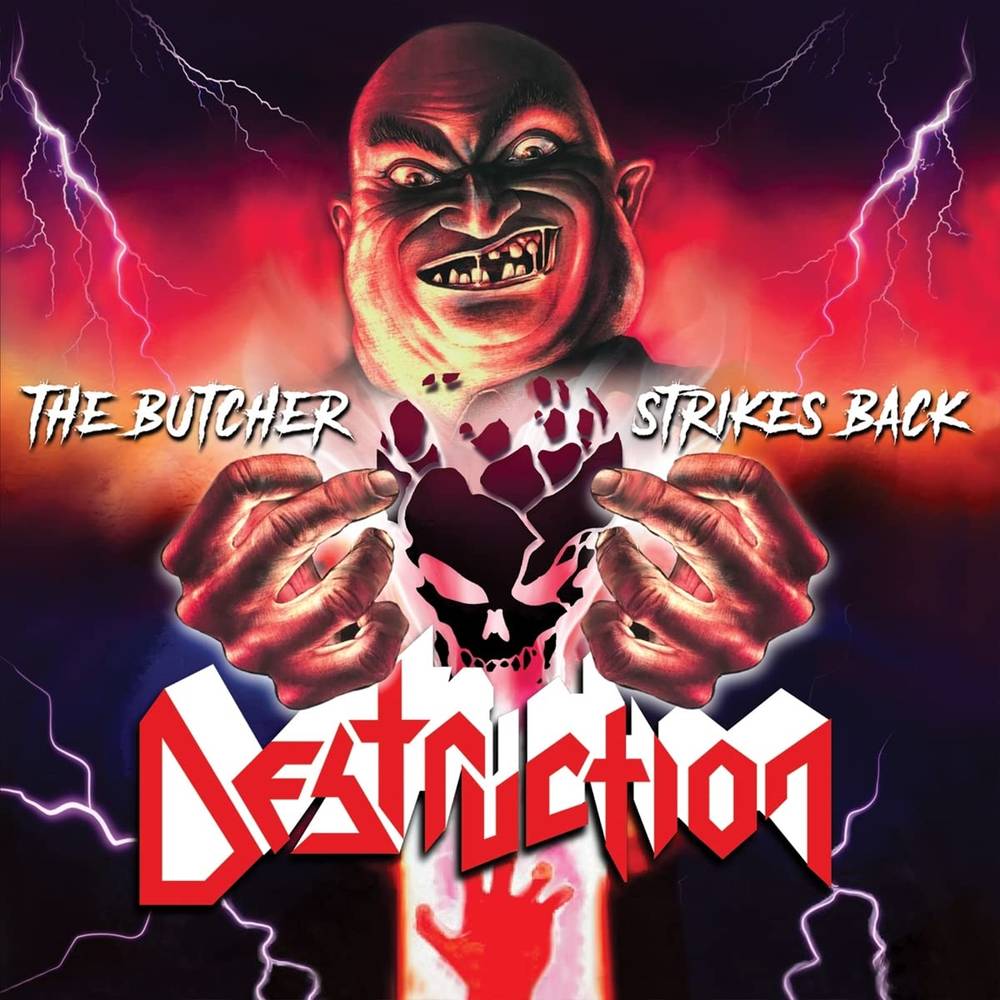 The Butcher Strikes Back
Artist: Destruction
Format: CD
New: Not in stock
Wish

One of the leading German thrash metal band is without doubt Destruction. Together with Kreator, Tankard and Sodom they are the known as The Big Teutonic 4. Formed in 1982, the original Destruction line-up featured vocalist and bassist Schmier, drummer Tommy Sandmann and guitarist Mike Sifringer. In 1989, during the initial recording sessions of the fourth studio album 'Cracked Brain', Schmier was fired from the band and was replaced by Poltergeist frontman André Grieder. After this album Guitarist Mike Sifringer remained and continued to release material till 1998 under the moniker of "Neo-Destruction". Now officially considered as non-Destruction releases. In 1999, that line-up was disassembled and Schmier rejoined with the addition of new drummer Sven Vormann, returning the real Destruction as a trio. They recorded a 3 track demo the same year to score a new recorddeal. This demo brought back Destruction and was the cornerstone for their comeback and all new albums up till today.
PRICES ON PIRANHARECORDS.NET DO NOT REFLECT THE PRICES IN OUR RETAIL STORE LOCATION. "IN STOCK" ON PIRANHARECORDS.NET DOES NOT REFLECT 'IN STOCK' AT OUR RETAIL LOCATION, HOWEVER IT MEANS WE HAVE QUICK ORDER FULFILLMENT (GENERALLY 2-3 BUSINESS DAYS).
This website uses cookies to personalize content and analyse traffic in order to offer you a better experience.
I accept Learn More
back to top