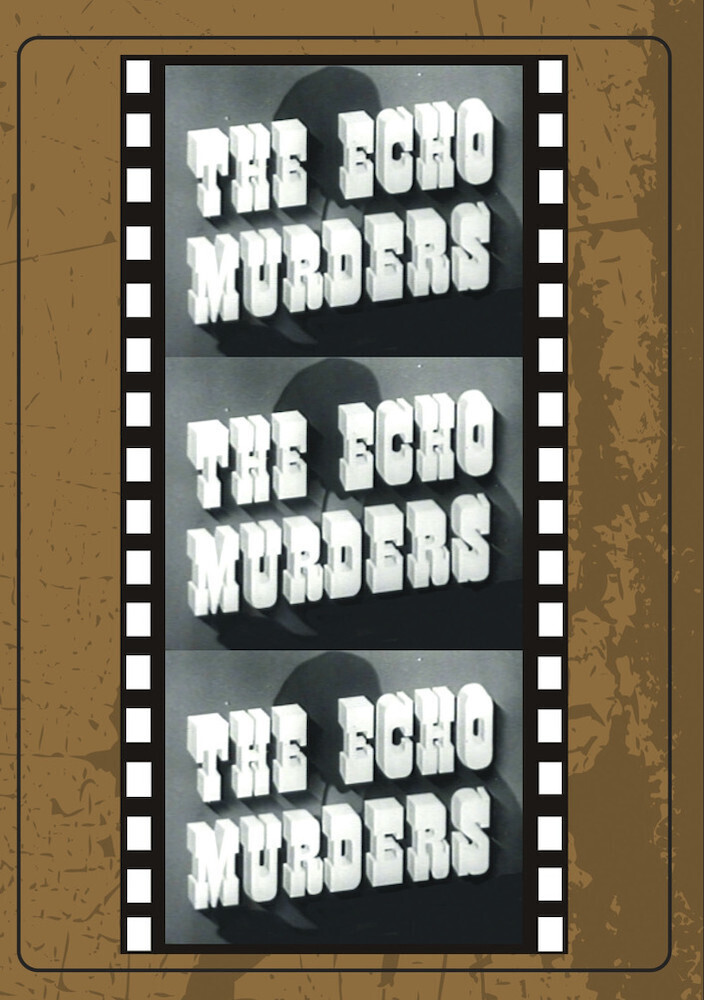 David Farrar, Dennis Price, Pamela Stirling. A great Sexton Blake mystery!. In a lonely, dark house in Cornwall, a man is murdered in the black of the night, shortly after leaving a confession to an earlier murder on a Dictaphone. Another man is found slain on the beach below, money and jewels still in his overcoat pocket. Sexton Blake is called in. He discovers a trail of greed and espionage that leads him to a ring of conspirators led by a sinister crime boss who only speaks to his men from a loudspeaker above a hidden room. What is the secret of the mysterious cave below the strange house on the ocean cliff? Lots of lurking figures and lights out scenes. One short, but memorable scene has Blake being mercilessly tortured by his unsavory captors. A great little thriller. Recommended. 16mm.
PRICES ON PIRANHARECORDS.NET DO NOT REFLECT THE PRICES IN OUR RETAIL STORE LOCATION. "IN STOCK" ON PIRANHARECORDS.NET DOES NOT REFLECT 'IN STOCK' AT OUR RETAIL LOCATION, HOWEVER IT MEANS WE HAVE QUICK ORDER FULFILLMENT (GENERALLY 2-3 BUSINESS DAYS).
This website uses cookies to personalize content and analyse traffic in order to offer you a better experience.
I accept Learn More
back to top