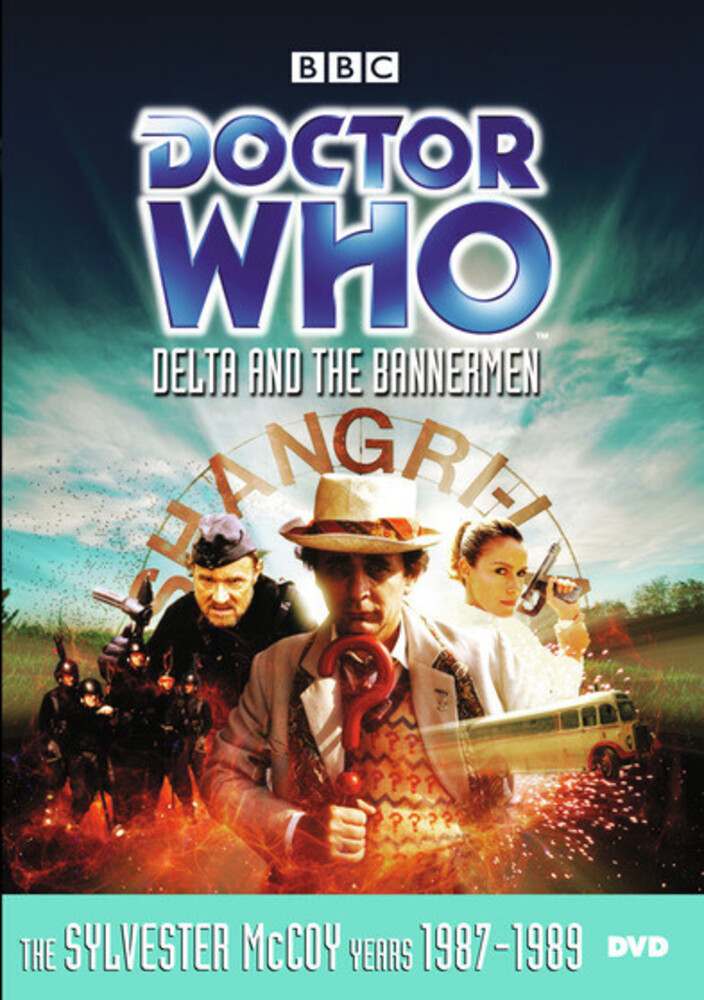 One of the most popular shows in British TV history, this long-running, shoestring-budgeted sci-fi saga followed the exploits of "the Doctor," a maverick scientist and adventurer who traversed space and time in the TARDIS, a high-tech craft disguised (well, stuck, actually) as a London police box. William Hartnell, Patrick Troughton, Jon Pertwee, Tom Baker, Peter Davison, Colin Baker, and Sylvester McCoy starred as the various eccentric incarnations of the Doctor during the series's initial 1963-1989 run. What was supposed to be an interplanetary "bus trip" to Earth and Disneyland, circa 1959, instead lands the Doctor (Sylvester McCoy) and Mel in a Welsh vacation camp where alien warriors have pursued a fugitive queen. Ken Dodd and Stubby Kaye guest star. 73 min. Standard; Soundtrack: English Dolby Digital mono.
PRICES ON PIRANHARECORDS.NET DO NOT REFLECT THE PRICES IN OUR RETAIL STORE LOCATION. "IN STOCK" ON PIRANHARECORDS.NET DOES NOT REFLECT 'IN STOCK' AT OUR RETAIL LOCATION, HOWEVER IT MEANS WE HAVE QUICK ORDER FULFILLMENT (GENERALLY 2-3 BUSINESS DAYS).