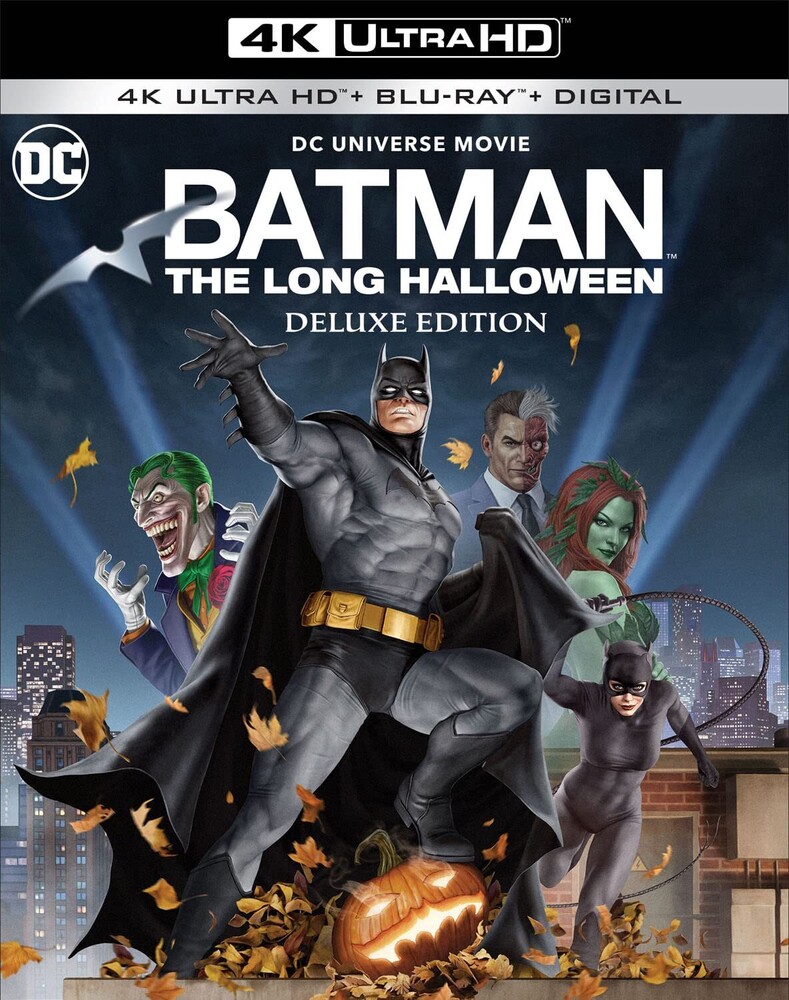 Early in his tenure prowling Gotham's streets, the Batman (voiced by Jensen Ackles) was confronted with a mob war, as well as a serial killer who took out targets on both sides-one a month-on a holiday. His quest to stop the spree, and save the soul of DA Harvey Dent (Josh Duhamel), is covered in this first half of an epic-length animated take on the classic 1996 Jeph Loeb/Tim Sale story arc. Also with the voices of Billy Burke, David Dastmalchian, Naya Rivera, Troy Baker. 85 min. Widescreen; Soundtracks: English DTS HD 5.1 Master Audio, Spanish Dolby Digital 5.1, French Dolby Digital 5.1; Subtitles: English (SDH), Spanish, French; bonus cartoons. Two-disc set.
PRICES ON PIRANHARECORDS.NET DO NOT REFLECT THE PRICES IN OUR RETAIL STORE LOCATION. "IN STOCK" ON PIRANHARECORDS.NET DOES NOT REFLECT 'IN STOCK' AT OUR RETAIL LOCATION, HOWEVER IT MEANS WE HAVE QUICK ORDER FULFILLMENT (GENERALLY 2-3 BUSINESS DAYS).
This website uses cookies to personalize content and analyse traffic in order to offer you a better experience.
I accept Learn More
back to top