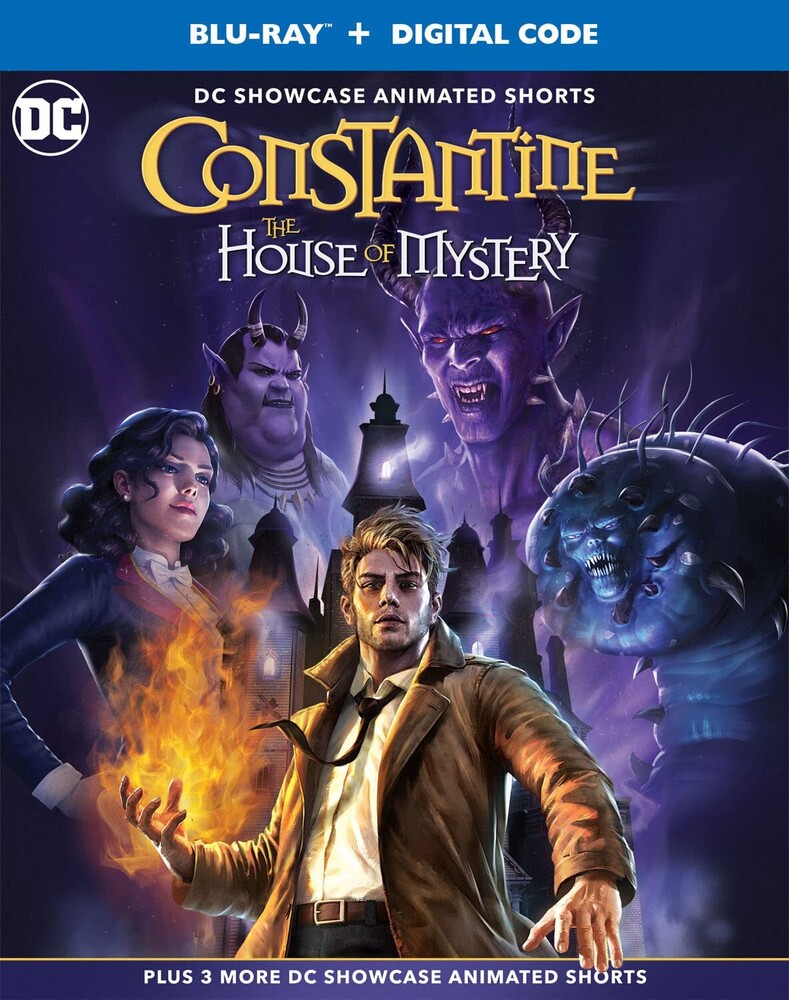 KAMANDI - Jack Kirby's most successful DC comic about the last civilized teenage boy on a post-apocalyptic Earth ruled by talking animals. This short would quickly establish the property and situation before telling one of the most memorable fan favorite story from the comic, the infamous Klik-Klak Trilogy. An astonishing tale about a boy racing for his life on his giant mutated cricket. It's part BLACK STALLION, part BEN-HUR all tied up with the tragic ending of OLD YELLER. (Delivery: 4/6/21) THE LOSERS - Joe Kubert's beloved rag-tag team of WWII outcasts (and/or possibly other DC war characters) find themselves marooned on an uncharted island in the South Pacific that is completely overrun with dinosaurs! This tale borrows the situation from THE WAR THAT TIME FORGOT feature in STAR-SPANGLED WAR STORIES. Think KELLY'S HEROES meets JURASSIC PARK. (Delivery: 5/2/22) BLUE BEETLE AND COMPANY - The Steve Ditko-created characters from the Charlton Comics line including the Ted Kord version of Blue Beetle, The Question and Captain Atom team up to battle a cadre of bizarre Ditko-created supervillains. (Delivery: 8/2/22) WARLORD - Other overlooked corners of the DCU are addressed as fantasy characters such as the Edgar Rice Burroughs-inspired Warlord and The Shining Knight come face-to-face with DC western heroes such as Bat Lash and Tomahawk in an interdimensional "Fight Club" scenario. HOUSE OF MYSTERY- Major secrets are revealed in this short including the origin of the multiverse and John Constantine's roll in it. But, of course, this will all be done in the style of the classic DC horror comics, so there will be plenty of blood and scares along the way!
PRICES ON PIRANHARECORDS.NET DO NOT REFLECT THE PRICES IN OUR RETAIL STORE LOCATION. "IN STOCK" ON PIRANHARECORDS.NET DOES NOT REFLECT 'IN STOCK' AT OUR RETAIL LOCATION, HOWEVER IT MEANS WE HAVE QUICK ORDER FULFILLMENT (GENERALLY 2-3 BUSINESS DAYS).
This website uses cookies to personalize content and analyse traffic in order to offer you a better experience.
I accept Learn More
back to top