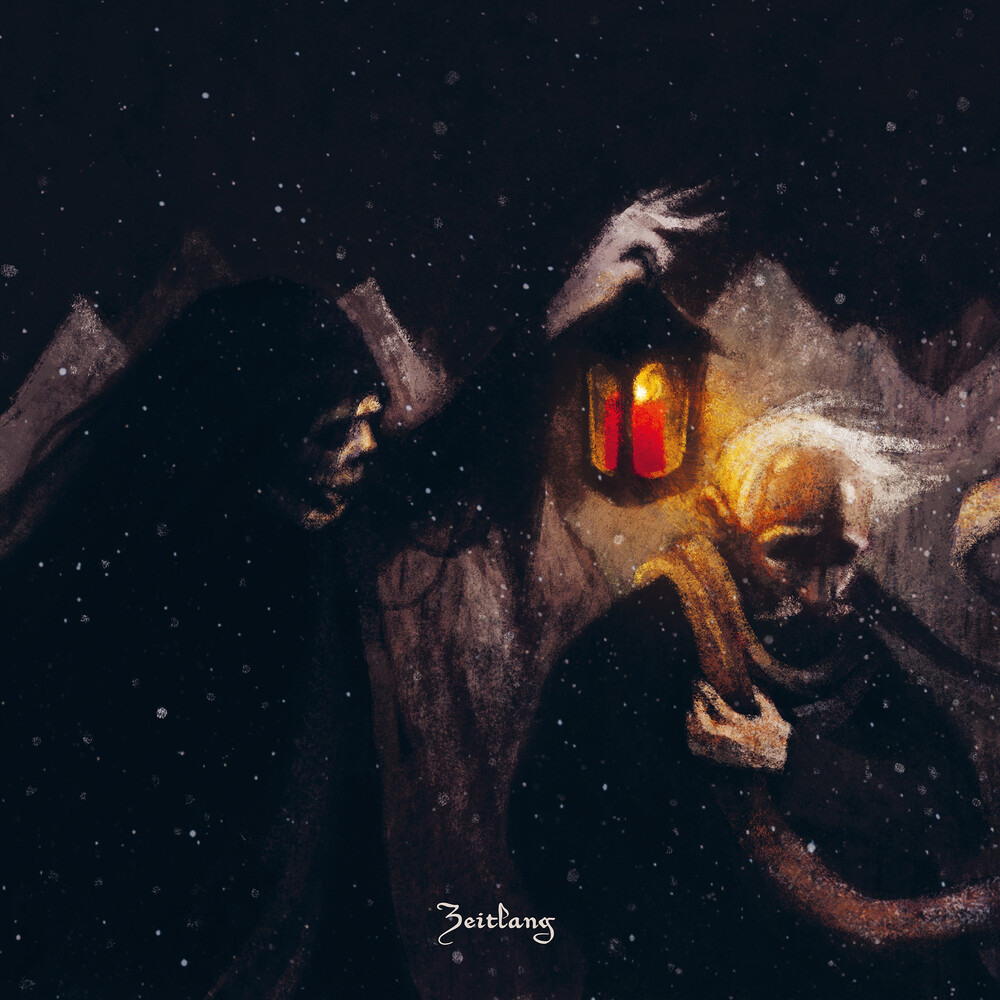 "Zeitlang" is the harsh debut full-length of Bavarian black metal act GRA?B featuring founding vocalist Grant. The former DARK FORTRESS frontman has written the entire concept album in a local dialect of Germany's southernmost Alpine state. GRA?B, which means â?oold and grey', are lyrically telling the story of an old man, who has chosen to withdraw from society into an isolated cottage deep in the mountains, where he reflects on his life while his death edges ever closer. The story on "Zeitlang" ("Yearning") begins in his early childhood with the song 'Nachtkrapp' ("Night Raven") and continues all the way to his end, which is illuminated by the track 'A GrAØbliacht' ("A Grave Lantern"). Musically, GRA?B are picking up the Norwegian strands of early GEHENNA, ULVER, and DARKTHRONE as well as being inspired by German NAGELFAR and LUNAR AURORA. Yet true to their topic, the Bavarians include traditional local elements, which is instrumentally expressed by the use of hammered dulcimer, zither and alphorn. Vocalist and Bavarian poet Grant views "Zeitlang" as his personal musical legacy. Join the singer and GRA?B on their equally intimate and forceful quest into the dark and stark places of the human mind and Alpine nature where there are no safe spaces. Tracklist 1. Sched oreidig 2. Nachtkrapp 3. Zeitlang 4. WeizvAØda 5. Nordwand 6. A DAØg i'm Herbst 7. Auf da Roas 8. S' letzte G'leit 9. A GrAØbliacht
PRICES ON PIRANHARECORDS.NET DO NOT REFLECT THE PRICES IN OUR RETAIL STORE LOCATION. "IN STOCK" ON PIRANHARECORDS.NET DOES NOT REFLECT 'IN STOCK' AT OUR RETAIL LOCATION, HOWEVER IT MEANS WE HAVE QUICK ORDER FULFILLMENT (GENERALLY 2-3 BUSINESS DAYS).
This website uses cookies to personalize content and analyse traffic in order to offer you a better experience.
I accept Learn More
back to top