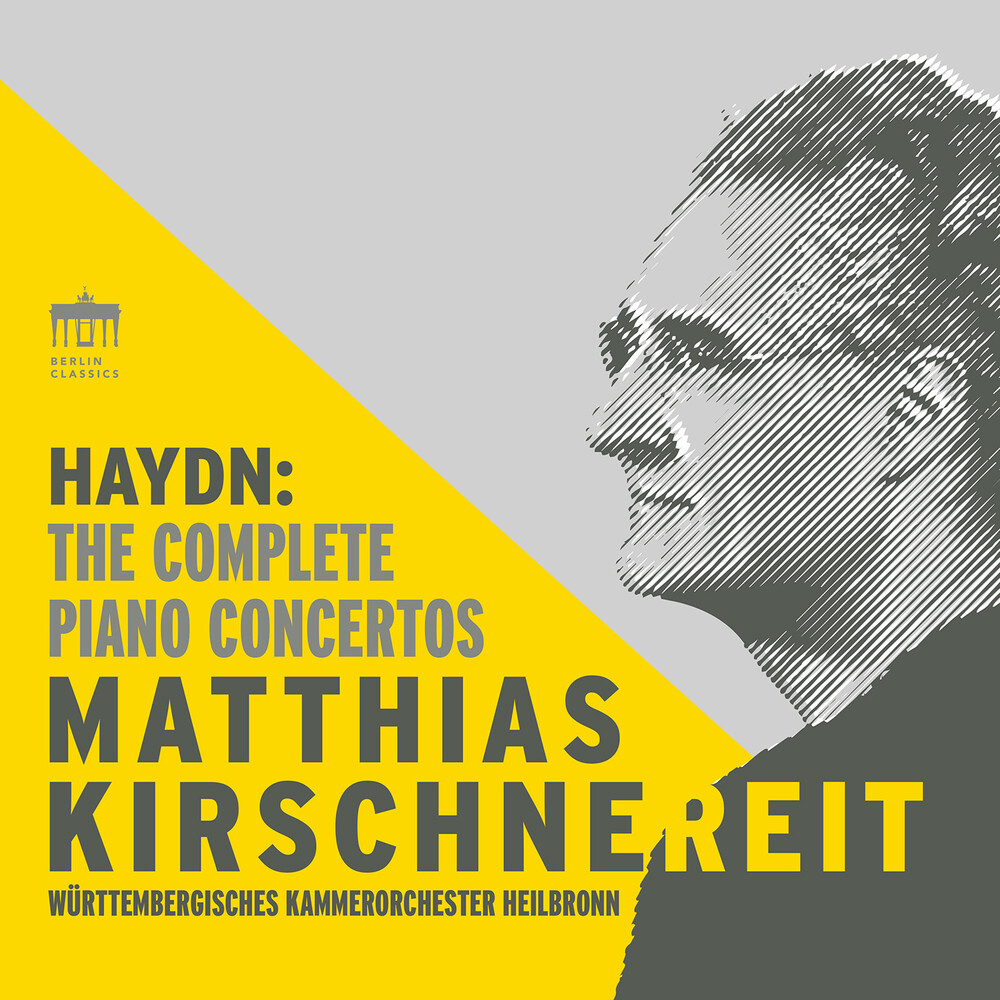 "Perhaps Mozart sings more, but Haydn speaks, he chatters, he rejoices and talks about the really important things in life." After Matthias Kirschnereit's exploration with the Radio Hesse Symphony Orchestra of the middle ground between the Classical and Romantic eras in works by Hummel, Weber and Mendelssohn, the pianist now turns to Papa Haydn. And that means he is entering the terrain, somewhat neglected even now, of the great Austrian's piano concertos. All nine keyboard concertos that were definitely written by Haydn are now being released with Matthias Kirschnereit and the WĂĽrttemberg Chamber Orchestra of Heilbronn, which he directs from the instrument. The recording is a co-production with Deutschlandfunk Kultur. Haydn's "concertos for keyboard instruments", which are collected in Section XVIII of the Hoboken catalogue, were surely written for a variety of instruments. Pieces originally intended for fortepiano, harpsichord or even organ come to life in the hands of Matthias Kirschnereit on a modern Steinway concert grand. "Here and there I even take the liberty of intervening in the score and - as Joseph Haydn might have done, I trust - I use little ornaments, scales, embellishments and octave sequences to make the whole thing sound even more contemporary," says the professor at Rostock's University of Music and Drama. His feeling for Haydn's keyboard language is particularly evident in the cadenzas. They are not given by Haydn in the original score, giving the soloist the opportunity to turn composer for his complete edition of the concertos. He has arranged them in the true spirit of Haydn, quoting his role model, who would surely have relished the exercise, to his heart's content.
PRICES ON PIRANHARECORDS.NET DO NOT REFLECT THE PRICES IN OUR RETAIL STORE LOCATION. "IN STOCK" ON PIRANHARECORDS.NET DOES NOT REFLECT 'IN STOCK' AT OUR RETAIL LOCATION, HOWEVER IT MEANS WE HAVE QUICK ORDER FULFILLMENT (GENERALLY 2-3 BUSINESS DAYS).
This website uses cookies to personalize content and analyse traffic in order to offer you a better experience.
I accept Learn More
back to top