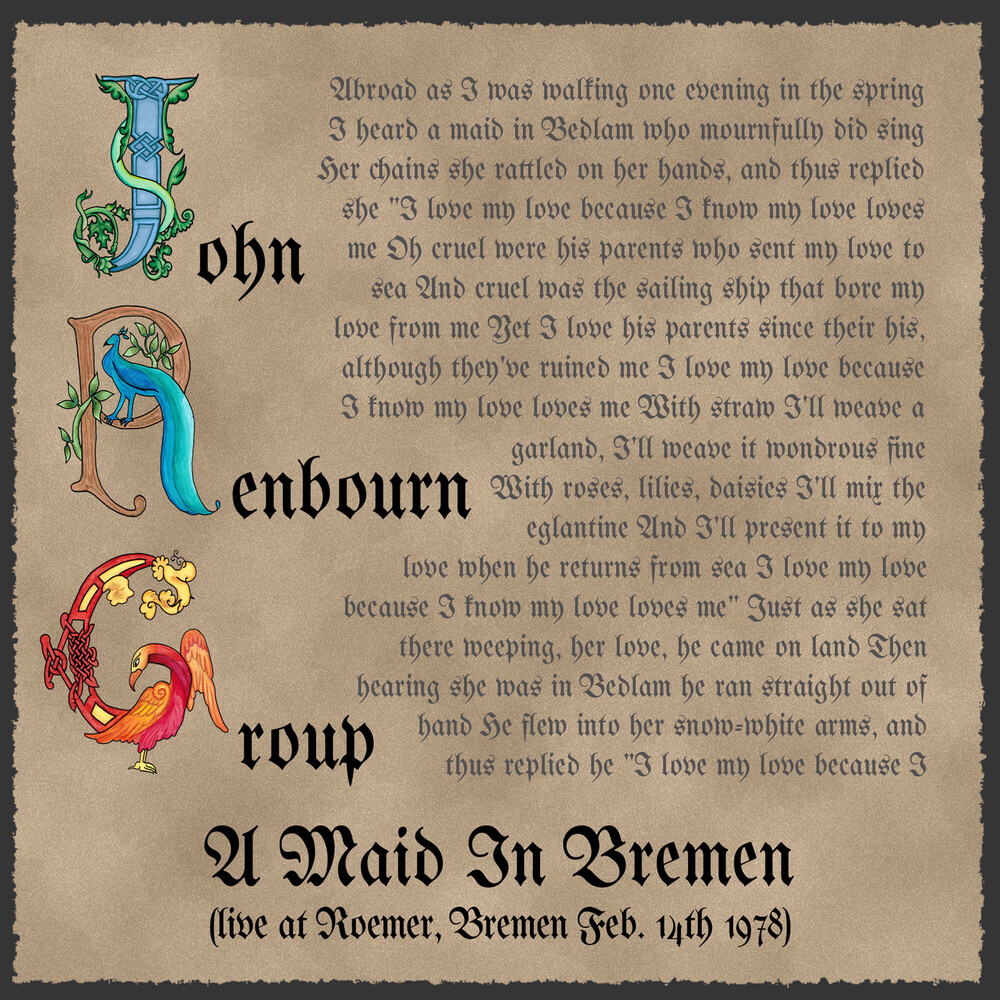 In 1967 the British guitarist and songwriter John Renbourn together with his friend Bert Jansch founded the British folk rock band Pentangle. Like Jansch, Renbourn was considered an outstanding representative of the British "Folk Baroque" and fingerpicking playing technique. Since 1968 Renbourn successfully recorded several albums with Pentangle for the well-known UK folk/folk rock label Transatlantic. After the release of the album "Solomon's Seal" in 1973, the band members went separate ways. From then on Bert Jansch and John Renbourn realized solo plans. Albums like "The Lady And The Unicorn" and "The Hermit" by John Renbourn are still considered milestones today of British folk rock. In 1977 John founded the John Renbourn Group, recorded two studio albums and a live album with them and was busy touring again around the world. A 1978 live-recording by Radio Bremen from the Roemer in Bremen/Germany also bears witness to these live activities. Again with John on stage: the former Pentangle singer Jaqui McShee. Multi-instrumentalist Tony Roberts, the well-known Indian tabla player Keshav Sathe (among others: John Mayer, Julie Felix) and the American cellist Sandy Spencer (member of the French based Prog. Folkrockband Mormos, later also with the well-known Trevor Watts String Ensemble) completed the line-up of the John Renbourn Group in Bremen that night. Jacqui McShee, who also wrote the liner notes for the booklet to this album, still remembers the Bremen concert: "To my knowledge this is the only recording of Sandy with the group, she left soon afterwards to return to America." And goes on: "I have been chatting to Tony recently (we laughed a lot) and of course we both miss John and Kesh, but we have these wonderful recordings and the albums that we made and we have a sense of pride in the music we played together