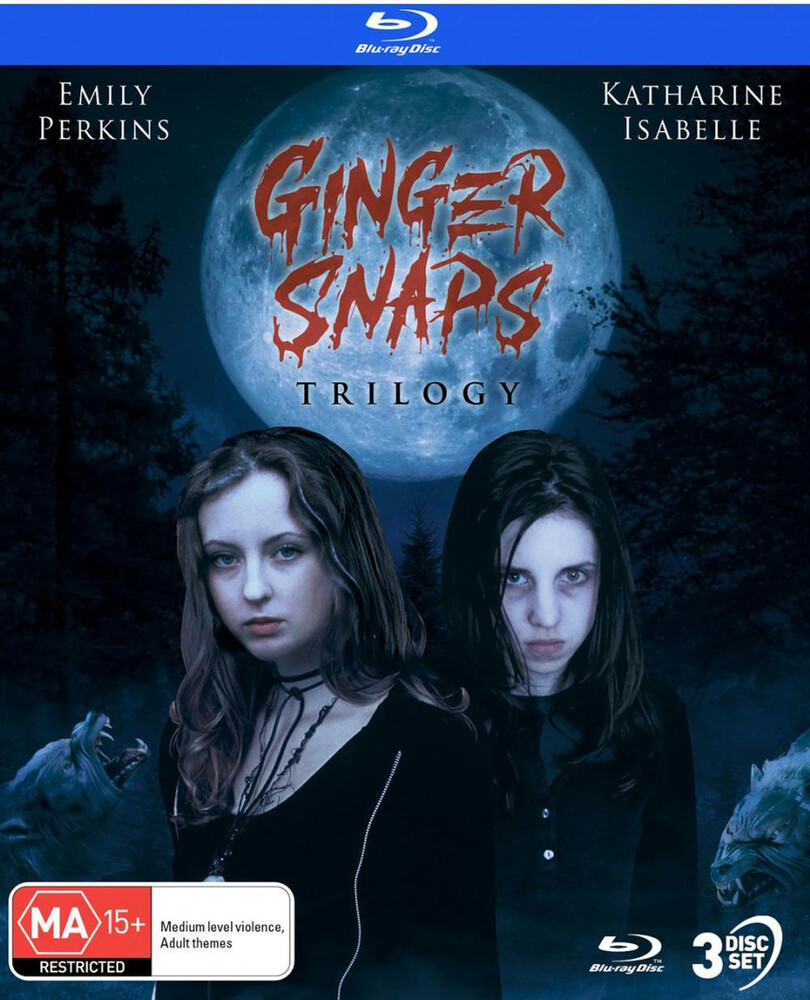 GINGER SNAPSFifteen-year-old Brigitte Fitzgerald (Emily Perkins) and her nearly sixteen-year-old sister Ginger (Katharine Isabelle), are a team - best friends and self-styled outcasts. Obsessed with dying and bound by a childhood pact to stay together forever, they loathe their mind-numbing existence in the suburb of Bailey Downs. One night, the two girls are heading through the woods when Ginger is savagely attacked by a wild creature. Ginger survives as her horrible wounds miraculously heal over, but something is not quite right. Ginger is irritable and in denial. But to Brigitte it is obvious that a terrifying force has taken hold of her sister. She's convinced that the insatiable craving her sister is experiencing can mean only one thing - Ginger is becoming something unspeakable and monstrous.GINGER SNAPS II: UNLEASHEDFollowing the events of the first film, Brigitte flees the suburbs of Bailey Downs, away from a fierce lycanthropic creature stalking her, to a drug rehabilitation clinic run by Alice Seversen (Janet Kidder), a street-smart former addict. There, she meets the handsome but immoral orderly Tyler (Eric Johnson), and 14-year-old Miranda (Tatiana Maslany), known to all as Ghost. When people start to die in the clinic, she knows the creature has found her again...GINGER SNAPS BACK: THE BEGINNINGIn the 19th century the Fitzgerald sisters, Ginger and Brigitte, take refuge at Fort Bailey, home of the Northern Legion Trading Company. But the ground is cursed, and no one leaves for fear of the monstrous beasts lurking in the area. Now, Ginger and Brigitte's vow to stay "together, forever" gets tested as one of the sisters slowly slips into a darkening fate.
PRICES ON PIRANHARECORDS.NET DO NOT REFLECT THE PRICES IN OUR RETAIL STORE LOCATION. "IN STOCK" ON PIRANHARECORDS.NET DOES NOT REFLECT 'IN STOCK' AT OUR RETAIL LOCATION, HOWEVER IT MEANS WE HAVE QUICK ORDER FULFILLMENT (GENERALLY 2-3 BUSINESS DAYS).
This website uses cookies to personalize content and analyse traffic in order to offer you a better experience.
I accept Learn More
back to top