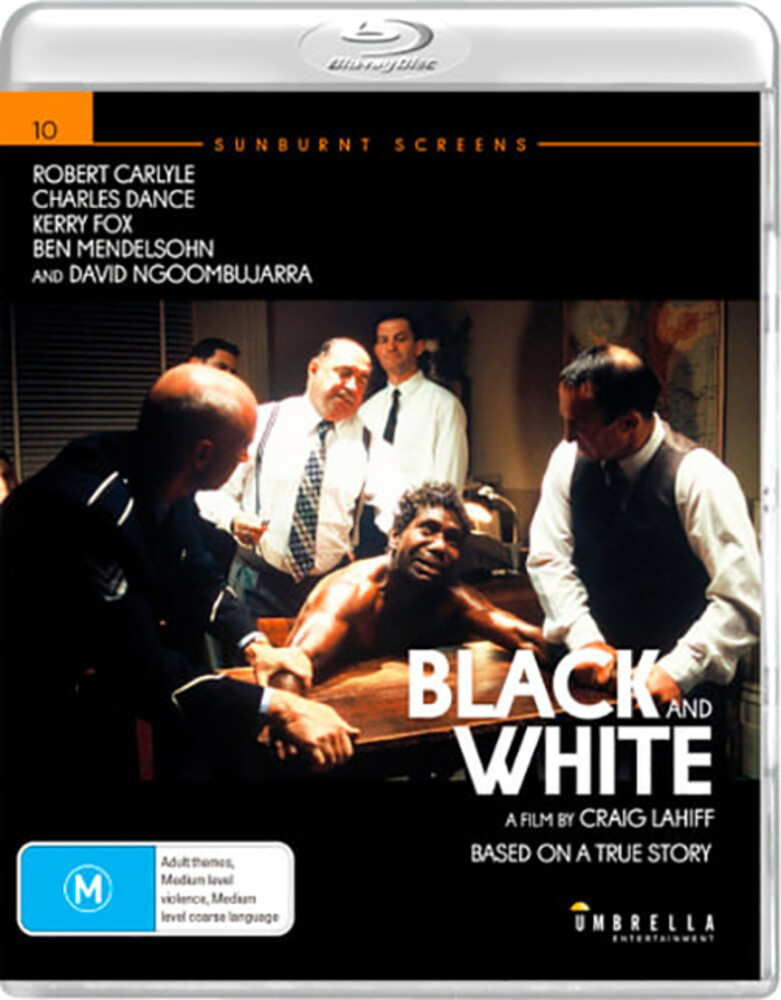 First time Black and White comes to life on Blu-ray with exclusive restoration and extra features.Based on a harrowing true story from 1958, indigenous man Max Stuart (David Ngoombujarra) is tried for the murder of a young white girl in rural South Australia. Stuart is sentenced to be executed despite a distinct lack of evidence except for a confession he signed although not being able to read English. Two dogged lawyers (Robert Carlyle and Kerry Fox) are convinced of Stuart's innocence, and a young Rupert Murdoch (Ben Mendelsohn) uses his newspaper to alert the public that an irrevocable miscarriage of justice is at risk of taking place. The fight for Stuart's life depends on a gripping court battle pitting himself and his defence team against a Crown Prosecutor (Charles Dance) determined to see the sentence carried out. Written by acclaimed playwright and screenwriter Louis Nowra and directed by Craig Lahiff, Black and White is a vital, unflinching look at a justice system deeply rooted in racism, corruption and indifference. Extras: Politics, power and justice and the media: Controversies from the Stuart Case - a seminar featuring Geoffrey Robertson QC and former High Court Justice Michael Kirby AC CMG Original electronic press kit with case and crew interviews 7:30 Report (ABC) segment on the Max Stuart case Deleted scenes Interview with Max Stuart Theatrical trailer
PRICES ON PIRANHARECORDS.NET DO NOT REFLECT THE PRICES IN OUR RETAIL STORE LOCATION. "IN STOCK" ON PIRANHARECORDS.NET DOES NOT REFLECT 'IN STOCK' AT OUR RETAIL LOCATION, HOWEVER IT MEANS WE HAVE QUICK ORDER FULFILLMENT (GENERALLY 2-3 BUSINESS DAYS).
This website uses cookies to personalize content and analyse traffic in order to offer you a better experience.
I accept Learn More
back to top