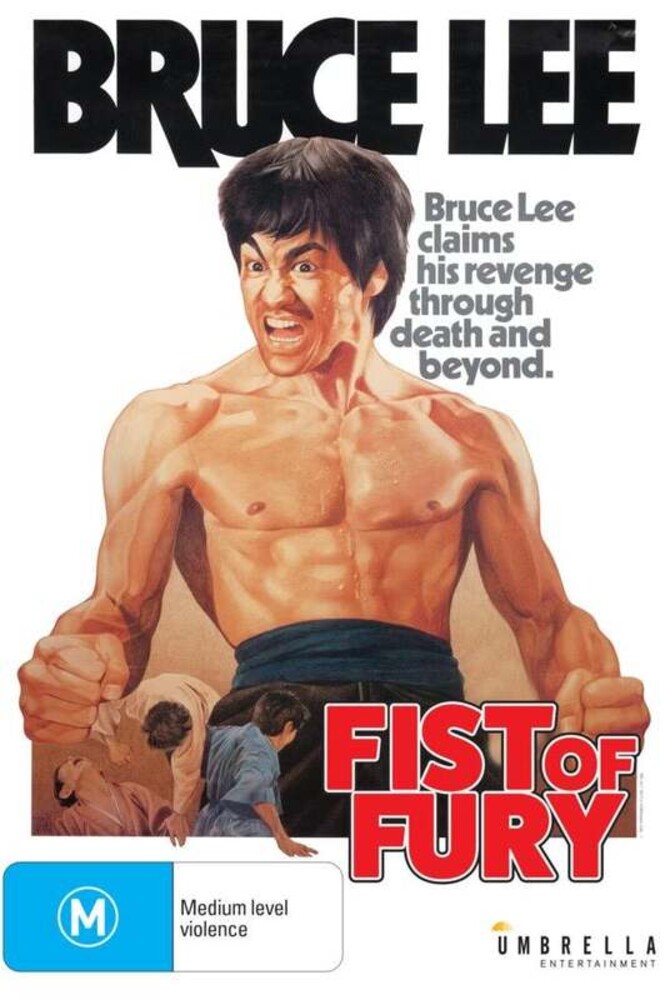 Chen Chen (Bruce Lee) arrives at Shanghai to attend the funeral of his teacher, famed boxer Ho Yuan-chia. A tablet bearing the characters 'The Sick Nation in Eastern Asia' is sent to the school by a Japanese Martial Arts Association. It is a national insult to the Chinese, therefore angered Chen storms the Japanese Association. At the wish of his colleagues, Chen is about to leave the troubled scene for a while. But he changes his mind at the last minute upon the discovery of his teacher's death was masterminded by the Japanese Association. Chen forces his way into the Japanese Association. In the ensuing combat, he slays the top Japanese fighters Nin Mu and a Russian boxers on their side. Later, the Ching Wu School comes under a massive attack by Nin Mu's henchmen for revenge. While Chen's colleagues Chen-hsia and Li-erh (Nora Miao) are boiling with anger, the Japanese Consul arrives with a chief police detective. It is understood that the school will be held responsible for Nin Mu's death, if Chen fails to give himself up. Another clash looks imminent, Chen makes his surprise appearance.
PRICES ON PIRANHARECORDS.NET DO NOT REFLECT THE PRICES IN OUR RETAIL STORE LOCATION. "IN STOCK" ON PIRANHARECORDS.NET DOES NOT REFLECT 'IN STOCK' AT OUR RETAIL LOCATION, HOWEVER IT MEANS WE HAVE QUICK ORDER FULFILLMENT (GENERALLY 2-3 BUSINESS DAYS).
This website uses cookies to personalize content and analyse traffic in order to offer you a better experience.
I accept Learn More
back to top