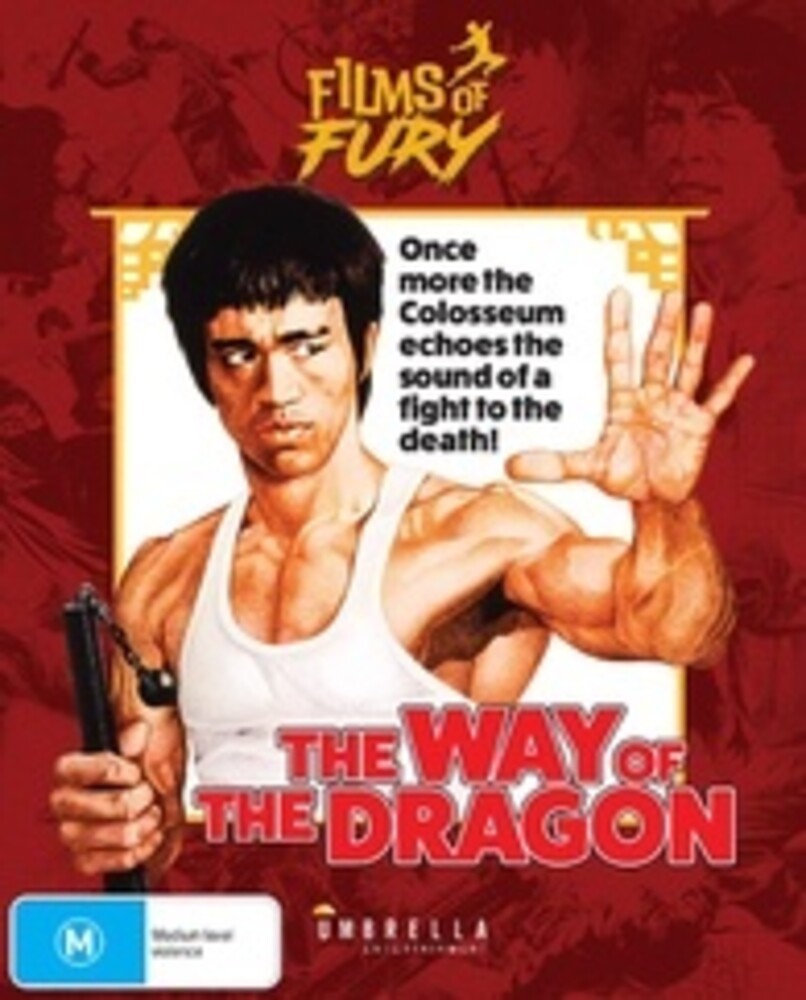 In the sub-label 'Films of Fury' the newest entry is The Way of the Dragon, directed by and starring Bruce Lee. This volume includes exclusive extra features, O-ring packaging, and a limited edition collector's postcard, based on the original theatrical poster.Tong Lung, a young martial arts stunt man, is invited to Rome to help Chan Ching-wah, a restaurateur who has inherited and runs the family business. However, a powerful local business corporation foresees the profit potential of the restaurant site and tries everything to force Chan to sell the place to them.Chan decides to resist and fight, and he enlists Lung to help. Lung is fresh off the boat and, because of the language barrier, he finds himself in several embarrassing situations. But the head of the syndicate is filled with hatred and plots to kill him. Having failed to kill Lung using their existing thugs, the syndicate resolves to recruit karate experts from Japan and the States to beat him. Meanwhile, feeling threatened from outside and with discontent rising in his work place, Lung is trapped and in great danger.Extras:Feature documentary: Iron Fists and Kung Fu Kicks Celebrities interviews including Sammo Hung, Simon Yam, Paul Pui, Wong Jing, Flora Cheong, Clarence Fok, Rocky Lai Alternate Opening Trailers from HellAustralian director Brian Trenchard-Smith on The Way of the DragonStills Gallery Trailers
PRICES ON PIRANHARECORDS.NET DO NOT REFLECT THE PRICES IN OUR RETAIL STORE LOCATION. "IN STOCK" ON PIRANHARECORDS.NET DOES NOT REFLECT 'IN STOCK' AT OUR RETAIL LOCATION, HOWEVER IT MEANS WE HAVE QUICK ORDER FULFILLMENT (GENERALLY 2-3 BUSINESS DAYS).
This website uses cookies to personalize content and analyse traffic in order to offer you a better experience.
I accept Learn More
back to top